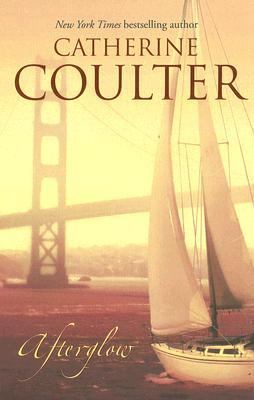 "Look, George, I'm not all that bored. And what do you do with a man, anyway?" Chelsea broke off abruptly at George's literal belly laugh. George was eight months' pregnant. "All right, so Elliot did do something." "At the very least,something," George agreed. "Stop a minute, Chelsea, I've got to move around a bit. The kiddo is growing restless." Chelsea watched her beautiful friend ease her way to the edge of the chair, shove off using the arms and achieve a less than dignified upright stance. "There! Goodness, another month of this! I'll tell you, Chelsea, I think it would do men some good if they had to go through this." She patted her stomach and began her slow trek around the living room. "I swear the kid's going to be a drummer." "Have you and Elliot decided what to name it?" "It? No, whatever it's going to be, it still has no name. I told him if he didn't come up with something soon that I could agree with, I'd leave the state, have the kid and name it Lance or Brigitte." Chelsea laughed. "Perfect hero and heroine names," she said. "Come now, Chels, you've never had a Lance in any of your novels, have you?" "Well, no, not that outrageous. But my Alex and Delaney and Brent, not to mention my Anthony, are alive and well, at least in my imagination." "Don't forget that medieval hunk Graelam of yours!" "Wasn't he a marvelous MCP?" "At least your heroine broke him in the end. And I'll just bet after you got him domesticated on page four hundred and fifty, he became a total bore." "True enough," Chelsea said, and sighed. "There's not a man around today to compete with his sublime nastiness, but he did live in the thirteenth century, George. He could hardly have been into sensitivity training. Too bad, but we'll never know what happened to his eternal love for his wife after, say, ten years or so." "They probably both croaked from not bathing," George said. "Not true. I did have them bathe regularly, and I'll tell you, I felt guilty about it. No more medieval novels for me, except, you know, there was this secondary male character, and my fans seem to like him quite a bit--" "All right, I've got the picture," George said, grinning down at her friend. "Another macho medieval hero in the works." "And like Graelam, he'll be great in bed." "All your heroes are, Chelsea. Now, my dear, let's get back to the present, where men shower and shave every morning. There are good men out there, Chels. I found Elliot, didn't I?" "He's a throwback," Chelsea said, "to the best of my heroes." "Oh, come on, Chelsea! Here you are finished with a book and at loose ends for how long--a week?--before you hit the computer grindstone again." "Yeah," Chelsea agreed. "I sent off an outline for the next one yesterday, and I need to do some historical medical research before I start this one. Tell Elliot the hero is a doctor, and if he's real nice to me, I'll let him provide the raw material." "He'll love it. Now let's find you a neat guy before you begin total immersion again." "Where? You know I'm not into singles' bars, George." George smiled and said somewhat complacently, "Well, as a matter of fact, do you have anything against doctors?" Chelsea groaned and clutched a sofa pillow over her face. "Oh, no, don't tell me that you've conscripted Elliot into this manhunt?" "As a matter of fact, why don't you come over to dinner Friday night and just see? Consider it firsthand research. Maybe you won't end up using Elliot after all." "Harrumph! If I used any man I'd ever met as a model for one of my heroes--other than Elliot, of course--my readers would have fits. They don't want beer-drinking, potbellied heroes, George. For heaven's sake, they live with reality! They want the closest thing to a perfect man I can come up with." "I know. Masterful, gentle, tender, a great lover, arrogant, of course, to add flavor--" "YCoulter, Catherine is the author of 'Afterglow', published 2006 under ISBN 9780778323679 and ISBN 0778323676.