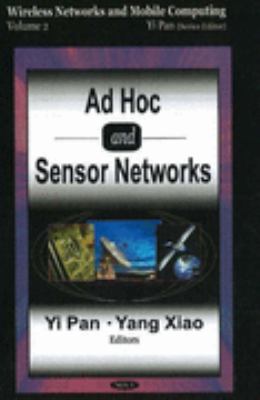 The convergence of the Internet, communications and information technologies, coupled with recent engineering advances, is paving the way for a new generation of inexpensive mobile devices, sensors and actuators. Hence, there is current and future need for dynamic ad hoc networking technology. It is the distributed and ad hoc deployment of networks of these network devices and sensors that bears promises for a significant impact, not only on science and engineering, but equally importantly on a broad range of applications relating to critical infrastructure protection and security, health care, the environment, energy, food safety, production processing, quality of life, and the economy. A Mobile Ad hoc Network (MANET) consists of mobile nodes, which are free to move about arbitrarily. The nodes may be located in or on airplanes, ships, trucks, cars, perhaps even on people or very small devices, and there may be multiple hosts per router. A MANET is an autonomous system of mobile nodes. The system may operate in isolation, or may have gateways to and interface with a fixed network. MANET nodes are equipped with wireless transmitters and receivers using antennas which may be omnidirectional (broadcast), highly-directional (point-to-point), possibly steerable, or some combination thereof. At a given point in time, a wireless connectivity in the form of a random, multihop graph or "ad hoc" network exists between the nodes. This ad hoc topology may change with time as the nodes move or adjust their transmission and reception parameters. Wireless sensor networks are a new class of ad hoc networks that consists of a collection of tiny disposable and low-power devices. Since they enable reliable monitoring and analysis of unknown and untested environments, they are expected to find increasing deployment in the near future. MANETs including wireless sensor networks have several important characteristics, such as dynamic topologies, limited bandwidth, low power availability, and fragile security and reliability, which differ them from traditional networks or even from other wireless networks. These unique characteristics create a set of underlying assumptions and performance concerns for MANET design which extend beyond those guiding the design of routing within the traditional networks, and pose huge challenges to researchers and designers in the area of MANETs. Although a lot of results have been published in the area, research in MANETs, in contrast to traditional network technology, is still in its infancy. This book tries to give the reader a current update on developments in MANETs and wireless sensor networks. This book contains 14 invited chapters from prominent researchers working in this area around the world. It presents leading-edge research in the field of ad hoc and sensor network technologies and applications.Xiao, Yang is the author of 'Ad Hoc And Sensor Networks Wireless Networks And Mobile Computing', published 2006 under ISBN 9781594543968 and ISBN 1594543968.