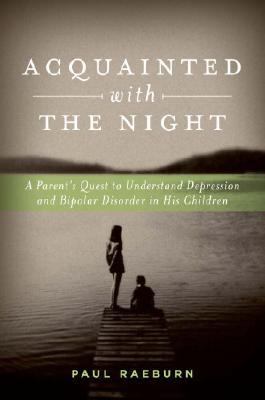 Chapter 1 It is the spring of 1996, after Alex's first hospitalization. He is 11 years old and in the fifth grade. He has left the hospital with no diagnosis. No one has told us what treatment he needs, or how we should proceed. He and his teacher, with whom he'd begun the year in an uneasy standoff, are now openly at war. It was Alex's sometimes rambunctious behavior in class, talking out of turn and cracking jokes at the wrong times, that had initially put her on guard. But it is his explosive emotional outbursts, which now occur once or twice a week, that have long since depleted her patience. Despite the hospitalization, the examinations, and the tests, we have no idea what is causing these emotional storms. Neither does Alex, who is as puzzled by his behavior as we are. His teacher isn't puzzled, however. She thinks she knows exactly what is going on. Alex is bent on attacking her, and all this talk about psychiatric problems is nonsense. He is simply a bad kid, who time and again has interfered with what she is trying to accomplish in class. She wants him out of there, but it is a small school, with only one fifth-grade class, and there is nowhere for him to go. She makes no secret of her distaste. Alex sees it as clearly as we do. The outbursts are becoming more common at home, too. Liz and I know that he needs help, that the hospitalization was a failure, but we have no idea what to do. I am inclined to respond with ever stiffer punishment. We might not understand what is going on inside him, but if we're tough, we can control this behavior. Sometimes Liz agrees, and sometimes she doesn't. I can't pin her down on a plan of action. We argue about it often. One quiet Sunday afternoon at home, some trivial incident I've forgotten prompts one of these outbursts. Alex is screaming, thrashing around the house, gripped by a boiling anger. I know immediately that it will be a long, difficult afternoon and evening before he settles down. Alex flings open the back door, runs out of the house and down the street to where it ends at railroad tracks. I run after him. He keeps going, through a thicket of weeds and scruffy saplings, down a small embankment on to the crumbled, gray rocks beside the tracks. When I get to the embankment, I look in both directions, to where the tracks, shiny and polished from frequent use, wink out of sight in the distance. There are no trains in view now, but this is a busy line, shared by New York City commuter trains and freights. Alex is crouching on the rocks, not far from the tracks. "I'm going to stand in front of the train and die," he screams. He waits. I stand near the trees, where he can see me. I dare not move closer, for fear he will run on to the tracks. I try to coax him toward me. He turns away and looks at the tracks. I wait. He picks up a rock and tosses it toward the rails. A faint breeze stirs the trees. I have no idea whether he is serious about jumping in front of a train. Is this a cry for help, or does he really mean it? After a few long minutes, I ask him to come back to the house and talk. He doesn't say anything. I am growing frantic, wondering whether I should run down and grab him and drag him away from the tracks, but I'm not sure I can catch him. I'm not sure of anything, except that I'm ready to explode. These could be the last minutes I see Alex alive. Liz is behind me; I don't know exactly where. I don't expect any help from her. We never agree on what to do about Alex, even in calm moments. We certainly won't be able to work out a plan now. I watch Alex and try to edge closer, but he moves away, closer to the tracks. Trembling, I stumble backwards through the trees, back to the house, leaving Alex there alone. I need to call someone. But whom? An ambulance? The psychiatrist Alex has seen twice? It is a Sunday; the psychiatrist's office is closed, and there is no answering service or night number. This guy doesn't do emergeRaeburn, Paul is the author of 'Acquainted With the Night A Parent's Quest to Understand Depression and Bipolar Disorder in His Children', published 2004 under ISBN 9780767914376 and ISBN 0767914376.