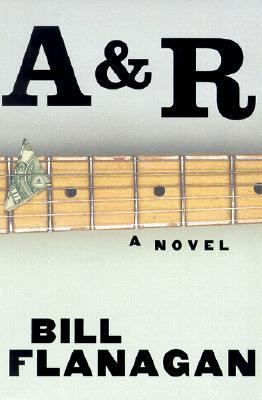 Chapter 1 As Cantone got in the car and closed the door, Booth went into his pitch: "Jimmy, I want you on my team. I appreciate your loyalty to Barney. He's been good to you. But let's be honest. You have been very, very good to him. You found Metric Sect, you found Planet Fish. I won't embarrass you by asking if Barney even heard those albums before they went platinum. But it's his picture in Vanity Fair with his arms draped around them at the Grammys and a headline, 'The Man With The Golden Ear.' I saw that and I said to Lois, 'Barney's got a golden ear, alright-but it's attached to Jimmy Cantone's head!' Don't misunderstand me. I love Barney The guy's 54 years old, claims he's 52, and is still crawling around the carpet on all fours hovering up the last bits of Bolivia. No one's told him it's not the 1900s anymore. You're up all night pulling hits out of whining hopheads and Barney's taking the Concord to Paris to sample some new pastry and try to hump the busboy. How many times have you had to break the news to one of his lambchops that there will not be a record deal in his future? Never mind. I won't put you on the spot. I can imagine. "Someday you'll look back on that and it will all seem funny. Bottom line, Jimmy, you've gone as far as you can go with Barney. You've outgrown that situation. I can offer you an opportunity to play at the top of the game. At WorldWide you'll have the authority to oversee your projects from beginning to end. You'll have a say in how your acts are marketed, promoted, the video budget, where the ads are placed-every aspect from development to reissues. Bill DeGaul is a very big fan of yours. I told him I was going to make you an offer and he said, 'That guy's got it. He belongs here.' I think all three of us know that. The only thing we have to discuss is, how much it will take to make you feel at home." Jim was listening to Booth like a radio. He was startled he had to talk back. When he did, he said more than he should have. "I'm making 150 now, which with bonus and profit sharing ends up at about 200, 225." Booth smiled too quickly-Jim felt like a sap. "We can do better than that. I want you to come in as a vice president. You start out at 250 plus a minimum stip of 30 per cent. Within two years, you'll be at 300 and 40 per cent. That's the base. You're going to earn your real money on points on all the albums you're going to make for us. That's where you're going to get rich, Jimmy. You have kids, right?" "Two boys." "How old?" "Almost three. They're twins." "Imagine what it's going to cost to send two kids to Harvard at the same time in another fifteen years! You better take this job, Jimmy." Booth laughed and the driver, who Jim had not noticed listening, joined in. "It's real tempting, J.B.," Jim said. He wanted to regain a little leverage. "But you know, I've had a lot of offers. I like working with Barney. He is a nut, but he's a nut who lives for music. And it's home to me. I really like what you folks are doing. My wife sure wants me to make a move. I just need a few days to look at all the possibilities." He tapped the driver's shoulder. "I get out just up there on the right, behind the police car." Jim thanked Booth for the lift and said goodbye. As the car pulled away Booth lowered his window and called back, "Jim-listen to your wife!" Jim walked through a crowd of punks and college kids, into the Mercury Lounge. He was thirty now, but he believed he still looked like one of the fans. He had shoulder length hair, no longer as red as it used to be, and he was very thin. His skinniness exaggerated all his other features-his roman nose, his heavy brow, his big hands, and made him look taller than his six feet. Jim leaned down to tell the rat-faced kid on the door tFlanagan, Bill is the author of 'A & R' with ISBN 9780375502668 and ISBN 0375502661.