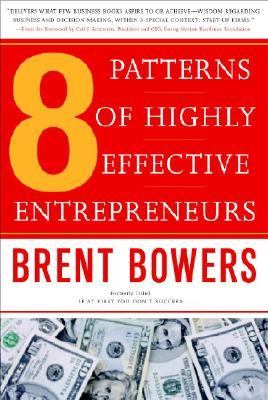 Chapter 1 Seizing Opportunities Entrepreneurs notice things. They spot opportunities nobody else has seen and seize them. It sounds simple enough, but it is an aptitude most people lack. Ask yourself: Would you have figured out how to make a windfall out of an aging laundry plant during a construction moratorium in Princeton, New Jersey? J. Robert Hillier did. Hillier, the founder of Hillier Architecture, the fifth-largest architectural firm in the United States, is always on the lookout for arcane property deals. Successful as his architecture business is, it accounts for only 10 percent of his income. The rest comes from real estate. His first big venture was his purchase a quarter century ago of a beat-up cinderblock building that housed a dry cleaning and laundry establishment. The company was going out of business, and Hillier saw right away that once it was fixed up, it might be converted into apartments. Trouble was, Princeton's sewer system had reached its limit, and the city had imposed a moratorium on real-estate construction until a new system could be built. Hillier, however, came up with a way around that. "I found out that the laundry pumped out 9,000 gallons of wash water a day," he recounts. "So I went to the health board and asked, 'If I buy the building and close it down permanently, could I build eleven townhouses that collectively would release only 2,200 gallons?'" They readily agreed, so he took the proposal to the zoning board, which approved it. "I sold all eleven townhouses before we broke ground, for $97,000 apiece," he says. (He can't help adding ruefully that today, they are selling for about $1 million each.) Hillier is always keeping an eye out for angles. Not long ago, he learned that the guy who ran a repair shop for the town's garbage trucks was retiring. Hillier knew there was a lot of demand for singles housing in downtown Princeton. He also knew the building in question had big iron trusses seventeen feet high, meaning you could fit two floors in it. He bought the building, got zoning approval to turn it into tiny loft apartments, and built sixteen of them. He rented them for $2,000 a month (an average of $48 a square foot, 50 percent higher than the most expensive office space in Princeton). "That's how entrepreneurs make money, doing little things like that, leveraging them by the multiplier effect," Hillier says. "Maybe the important attribute of the entrepreneur is working at things in an unconventional way and seeing opportunity in doing so." You want unconventional? Greg Herro has found a business opportunity in cremated human remains that has to rate high on anybody's list of creative thinking. Herro and his buddies found a gold mine in them. Or, more accurately, a diamond mine. Literally. Herro's company, LifeGem, in Elk Grove Village, Illinois, extracts the carbon from the ashes of corpses and turns it into diamond jewelry. Macabre? Herro doesn't think so, and neither, clearly, do his customers. The way he sees it, LifeGem's concept is a cosmic breakthrough in the way society disposes of corpses. In the million years or so that our species has walked the planet, humans have mostly either buried or burned their dead. Herro believes his company has come up with another alternative: bejewel your body with them. Looking for unconventional solutions is an old habit with Herro. In high school, for example, he discovered that one of his teachers always asked questions based solely on captions under pictures. Thenceforth, he always got an A in her class. In 2000, after selling a computer consulting company he had started seven years earlier, Herro was looking for something else to do. Then aBowers, Brent is the author of '8 Patterns of Highly Effective Entrepreneurs ', published 2007 under ISBN 9780385515474 and ISBN 0385515472.